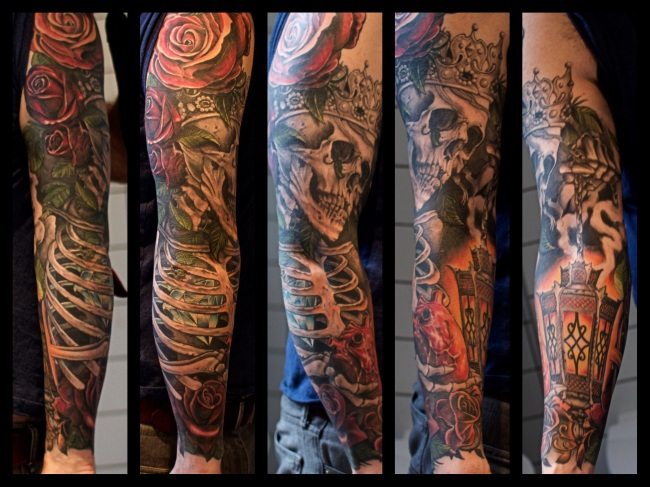 Man has always been fond of illustrations. From earliest cave paintings to modern canvases, the prettiest stories have been told through the joint efforts of artistic hand and medium. Somewhere in the fascinating pictorial depictions of man’s history with symbolism and imagery, someone had the brilliant idea to turn it into indelible art on skin. You may be surprised to know that tattoos are not a recent idea. Mummified remains and traditions passed down to generations bear witness to man’s love of indelible art by ink.

In fact, some traditions treat tattoos as symbols of tribe pride and belonging. All members of a clan bore rudimentary ink on different parts of their bodies, including legs, arms and the chest area. Tattoos were a mark of dedication and loyalty to one’s family. Eastern cultures like the Japanese and Philippines worked on this skin craft since the early ages. Some tribes still maintain this tradition and tribesman bear their inked symbols to this day. Mostly adolescents who were coming of age were inked as part of their right of passage.

Not all nationals were supportive of this form of art. It seems that the Chinese used tattooing to brandish criminals and those that were considered a disgrace to their country. Even the religious condemned tattoos as “symbols of Satan” and admonished those who “disfigured” their skin, saying that it is considered sinful and those guilty would not be able to enter the Kingdom.

Still, the basic techniques of tattooing have been retained and have slowly transitioned with the times. Somewhere in modern history, the art of tattooing was lost, but not forever. The first “modern day” tattoo artist was Sutherland Macdonald, who rose to prominence in the 1880s. He set the bar for future tattoo artists to pick up the needle and start skin-scratching.

With the rise in the number of tattoo artists, more people started coming forward and getting themselves inked. In fact, having a tattoo was considered badass even then, as it is today. Being able to endure the excruciating pain as a pigmented needle prods and breaks through the skin, leaving the surface swollen in its stead, could be seen as a sign of courage. When the flower children were in full bloom in the 1970s, stars like Janis Joplin who bore tattoos, allowed for many others to follow suit. Soon tattoos were considered as symbols of rebellion and freedom.

Modern culture has been more embracing of tattoos and there are tattoo artists and tattoo shops popping up all over the world. In fact, with the spread of this rebel form of art, artists have been able to use human skin as their canvases and each artist leaves their artistry for posterity on their clients. TV shows such as Miami Ink and LA Ink on TLC became cult favorites and tattoos continue to remain marks of endurance and illustrative stories on those bearing them, having outgrown being a mere fashion statement.