Gnocchi are small, thick pasta normally made from potatoes, eggs and flour. They can be the principal part of a meal or to soups, they can add bulk. A cup of potato gnocchi contains fat which is 12.99 g, daily protein needs of 4.69g, daily sodium needs of 629.92mg, daily allowance for carbohydrates of 11%, and daily requirements for vitamins A, niacin and thiamin of 11%. Vitamins A helps in maintaining eyes, skin, teeth and mucus membranes that are healthy. Small amounts of iron, riboflavin, vitamin B6 and phosphorous are also contained in the potato gnocchi as well as 243mg of potassium, which is over 5% of the proposed daily intake.

Gnocchi also known as nyoh-knee is a small potato dumpling dish which is deliciously filling. It is extremely easy to make from home by lending potato, egg and flour. As a pasta dish, it is traditionally served.

Ingredients for homemade gnocchi are:

• 1 egg which is optional

• Boil the whole potatoes: Boil the unpeeled potatoes in a large stewpot for about 20 minutes with enough water to cover them

• Drain the potatoes: After about 20 minutes of boiling, remove the potatoes and drain them well with the use of a colander.

• Peel the Potatoes: peel the skin of the boiled potatoes away by use of a knife. Any brown spots that may appear below the skin is also removed.

• Add the egg and flour: Add salt and pepper. Break the egg and stir it with a fork quickly before the potatoes temperature cooks it. Add and mix flour until it is fully absorbed.

• Form a Dough: Mound the potatoes onto a wooden clean board or surface and top it with the rest of the flour mixing it together with both hands. A dough will form after a few minutes. Knead lightly until it reaches a flexible consistency, then it is ready. Be careful not to over knead.

 Sprinkle flour to the surface. From the dough ball, slice fist full piece rolling it into lengths that are thick about 3cm.

 Cut off 2cm piece of the dough while still warm by use of a flexible knife. Repeat the process starting from slicing off another fist full piece until all the dough is used.

 Leaving a space between each piece, place the gnocchi onto a tray.

• Boil salty Water: Boil water which is added with salt in a large pot.

• Drop the Gnocchi into the boiling water: This is a careful method which will avoid the hot water from splashing. Leave them to cook.

• Wait for the Gnocchi to reach the surface: When they have reached the surface, this means they are ready to serve. Scoop them out with a slotted spoon or a sieve and place them on a tray. Dribble some oil over them and shake the tray.

• Blend the Gnocchi with a warm sauce of your choice: Pecorino cheese grated over the top works well with rose wine can be used as a final touch. 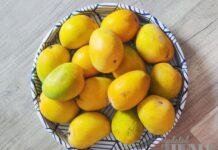