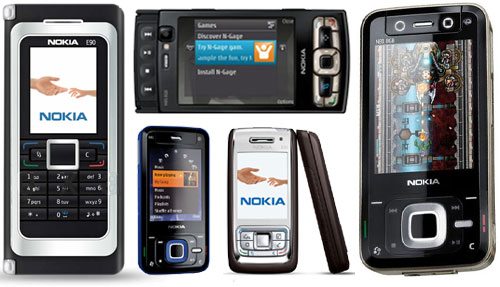 Updated Trends: People all over the world are obsessed and addicted with a gadget known as cell phone. A cell phone has become a necessity for each and every individual these days and is possessed by even children. Although the phone has become a necessity today, it has played a very important role in keeping people connected at all times. With so many mobile phone makers in the world, which are the top five mobile phone manufacturers in the world?

1. Nokia – Nokia is considered as the largest and the most popular mobile phone manufacturer in the world. The headquarters of the company is situated in Espoo in Finland and has around 132,000 employees in 120 countries. The company is also known to be one of the first brands to launch mobile phones in the world.

2. Sony Ericsson – Sony Ericsson was established in the year 2001 by the Japanese electronics company Sony Corporation. The head quarters is based in London, while the research and development teams are in Sweden, Tokyo, Mexico, Beijing and Redwood Shores. The company is well known for their music ‘Walkman’ phones as well as their ‘Cybershot’ camera phones.

3. Samsung – Samsung mobile is a Korean-based company from in Seoul in South Korea. In 2007, the mobile company  had grabbed the No.2 position world wide for the third consecutive year.

4. Motorola – Motorola is an American-based telecommunication company. In 2011, the company split into two independent public companies, Motorola solutions and Motorola Mobility. The company is based in Schaumburg in Illinois.

5. LG Electronics – LG Electronics is a global electronic company based in Seoul, South Korea. The company has an aim to be the largest mobile manufacturer by the year 2012.