Researchers from the Massachusetts Institute of Technology (MIT) have come together to create an artificial intelligence robot, Shelley that is bringing out horror stories just in time for the Halloween.

The fiction-writing bot has been named so after Frankenstein’s author, Mary Shelley and was made to reportedly read about 1.5 lac original horror stories published on online social forum, Reditt’s r/nosleep forum written over the past few years.

The bot Shelley also exists on Twitter and contributes to horror stories by starting these with an opening line which is added to, by other Twitteratis. The hashtag, #yourturn has since been trending as after Shelley starts the story, comes the turn of Twitteratis. The Twitter trend has just begun and it will not be long since these horror stories and such creepy tales on social media gain more popularity and make for some interesting and horrifying reads.

? I went under the basement door and locked it. I was imagining it and then I felt the claws of something brush against my ankles. 1/2

I could hear it breathing from behind me. I couldn’t turn to see the ghastly creature I had created & abandoned all those years ago.

The future of technology is really here as AI bots are created to tell horror stories with these “Nightmare Machines”. Though the experiment is reportedly still in progress, Pinar Yanardag, a postdoctoral researcher at the MIT Media Lab and also one of the creators of the AI Bot said, “She’s creating really interesting and weird stories that have never really existed in the horror genre.”

Shelley may come to inspire human horror fiction writers, given the insane amount of data that the bot can store and learn from and the little time it takes to churn out tiny yet really horrifying tales for inciting some real scares. 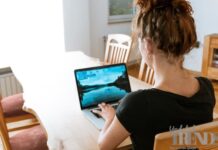 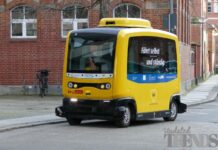