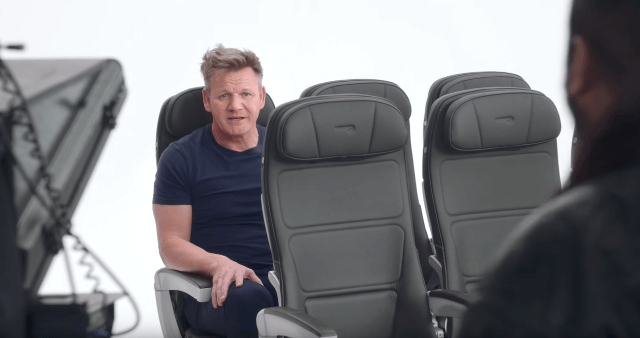 How many of us have traveled on airplanes, only to be bombarded with those robotic safety videos that play before and just after take off? And for those frequent flyers, it’s almost like a sermon on repeat. As per mandatory guidelines, airlines must screen these videos for all passengers, keeping their safety a number one priority. However, these videos are never really entertaining, border on extreme boredom and no one really pays attention to what is being said anyway.

British Airways has decided to cut the status quo.

The British airline staple has introduced a brand-new safety video that will have passengers actually enjoying being given instructions on how to behave, where to keep carry on luggage and what to do in case of an emergency. There’s a fantastic twist to the whole plot, because they have used the entertaining talents of a number of British celebs in their efforts. Celebrity chef Gordon Ramsay, Oscar nominee Chiwetel Ejiofor, actress Thandie Newton, The X-Files star Gillian Anderson and of course, Mr. Bean himself, Rowan Atkinson, among other famous faces keep to the point of safety, but leave viewers giggling at the same time.

The video itself is created in such a way, that each celeb appears to be auditioning for comedian Asim Chaudhry. It’s a very delightful video that involves truly British stars, but with a lot of diversity. It has been curated by Comic Relief.