Having won the Oscar for best actor 2016, Leonardo DiCaprio couldn’t pick a better time to take a break from the movie business to present a revealing and powerful documentary about climate change called ‘Before the Flood’ in collaboration with National Geographic.

This 95-minute film sees Leonardo DiCaprio, the United Nation’s messenger of peace for the climate, travel around the globe highlighting the effects of climate change and what must be done to stop these negative effects.

The film features interviews between DiCaprio and science experts talking about the negative effects and the reasons why our planet is gradually warming up such as the continued use of fossil fuels, deforestation and the impact of processed meat industries.

“I just want to know how far we’ve gone, how much damage we’ve done, and if there’s anything we can do to stop it,” DiCaprio says at the start of the film.

There are some guest appearances too in this film, with each one of them discussing their insights about the rapid climatic changes our world is currently going through;

“If we keep pushing, keep prodding, and most importantly keep educating the public there’s no reason why we can’t solve this problem in time,” Obama tells DiCaprio at the White House.

The surprising aspect of this film apart from the catastrophe that’s coming our way is the many factors that arise on the environmental issues that affect our planet. From political mixes to the food that you buy and the differences in economic resources between nations, the challenges are many but they must be solved because our own survival depends on it, as DiCaprio puts it.

Many of you may have missed this film on Sunday night on National Geographic as there were far too many options but the film is now streaming for free and in full. Set-aside an hour and a half and learn what you can do save humanity from climate change.

P.S- This video has reached more than 30 million viewers! 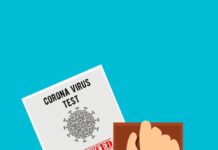